A message from City Council leadership in Elizabeth City, North Carolina tonight to the crowd at the entrance of the Municipal Building after a special called meeting following the shooting death of Andrew Brown Jr during the execution of a warrant:

“We have met with the Council tonight and we want to assure the citizens as well as the nation that we will not tolerate any injustice in Elizabeth City”.

Another leader pushed to have the body cam footage released immediately. While the case is being investigated we are unlikely to see the footage in the immediate future. 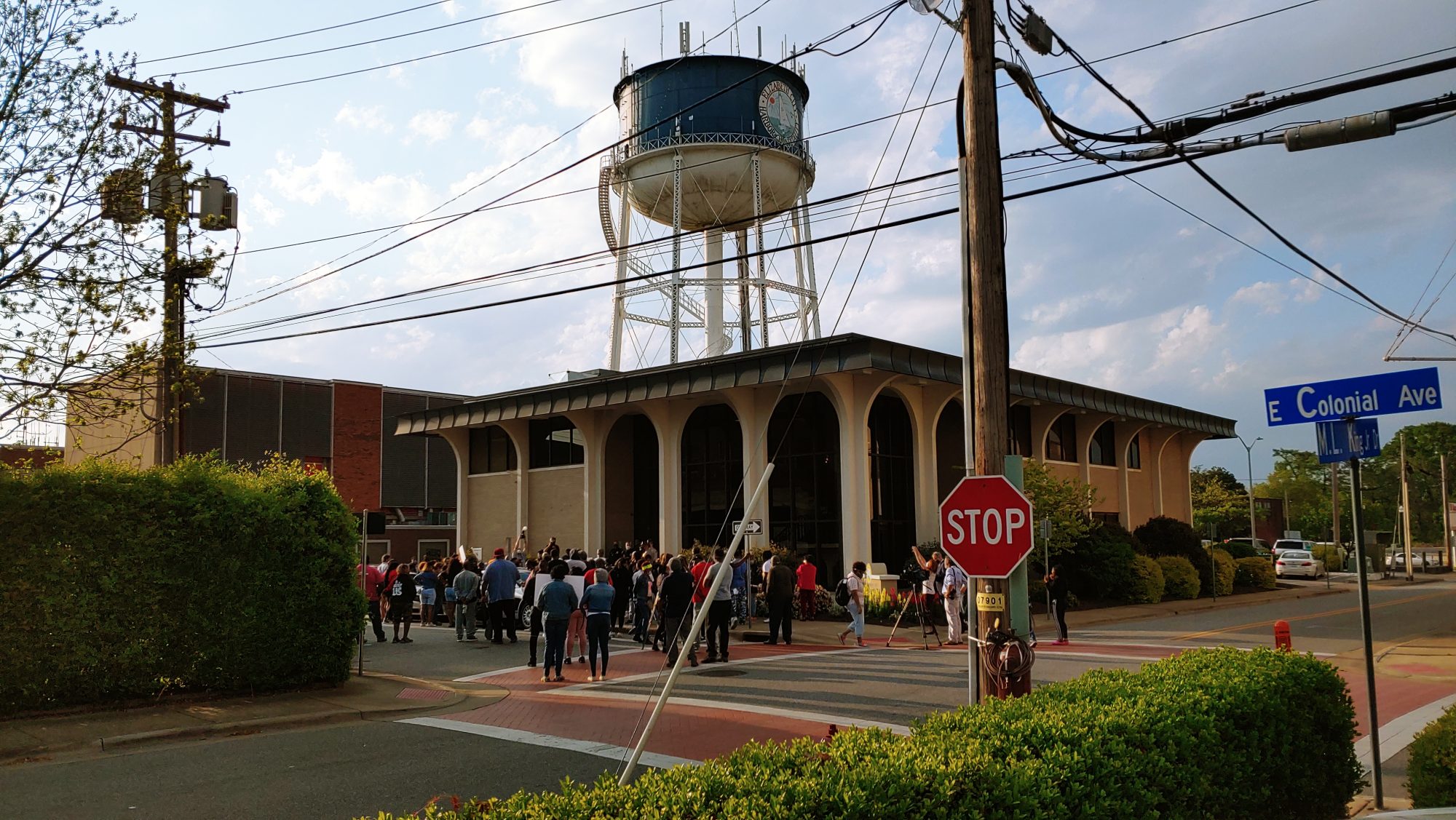 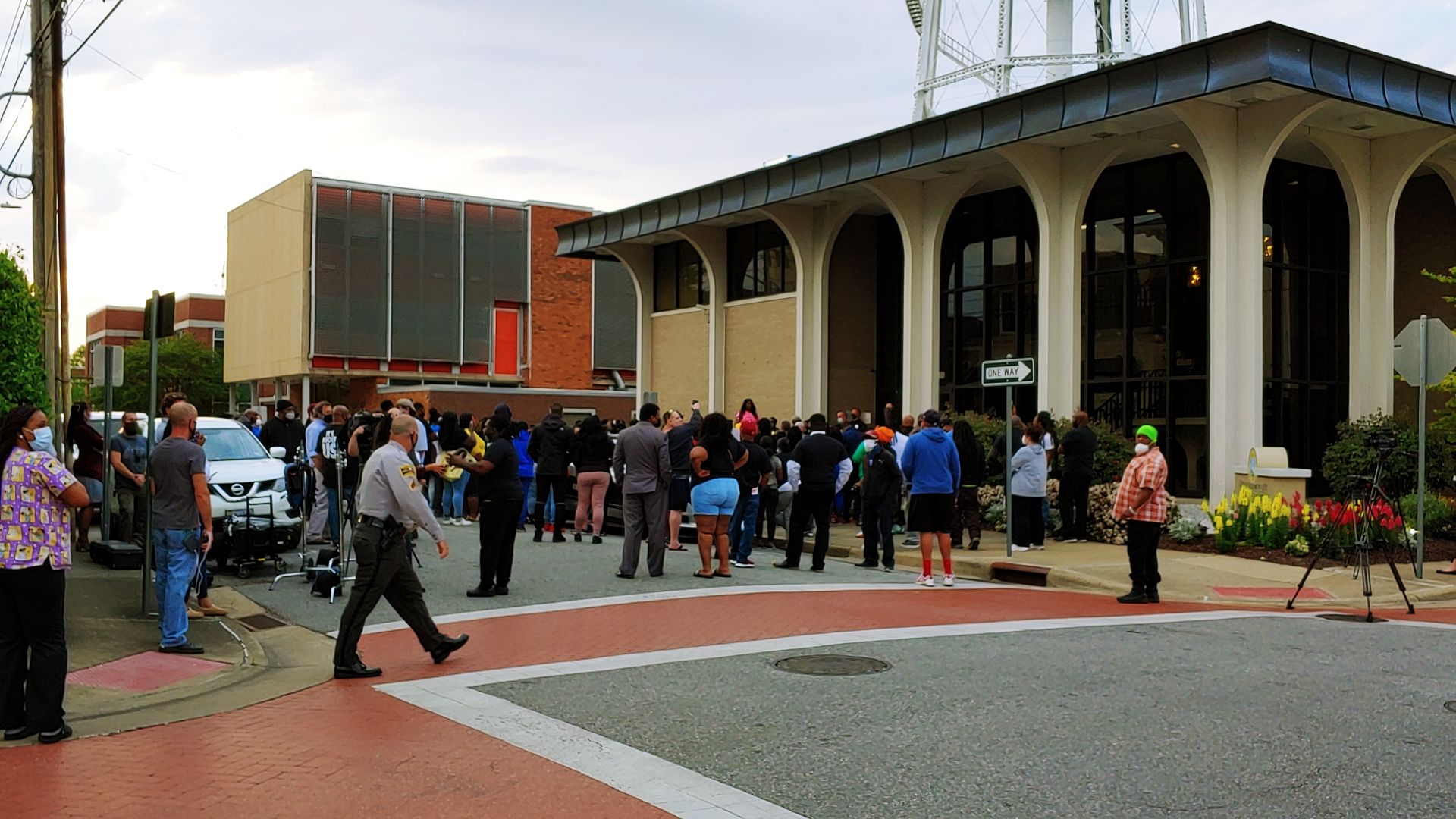 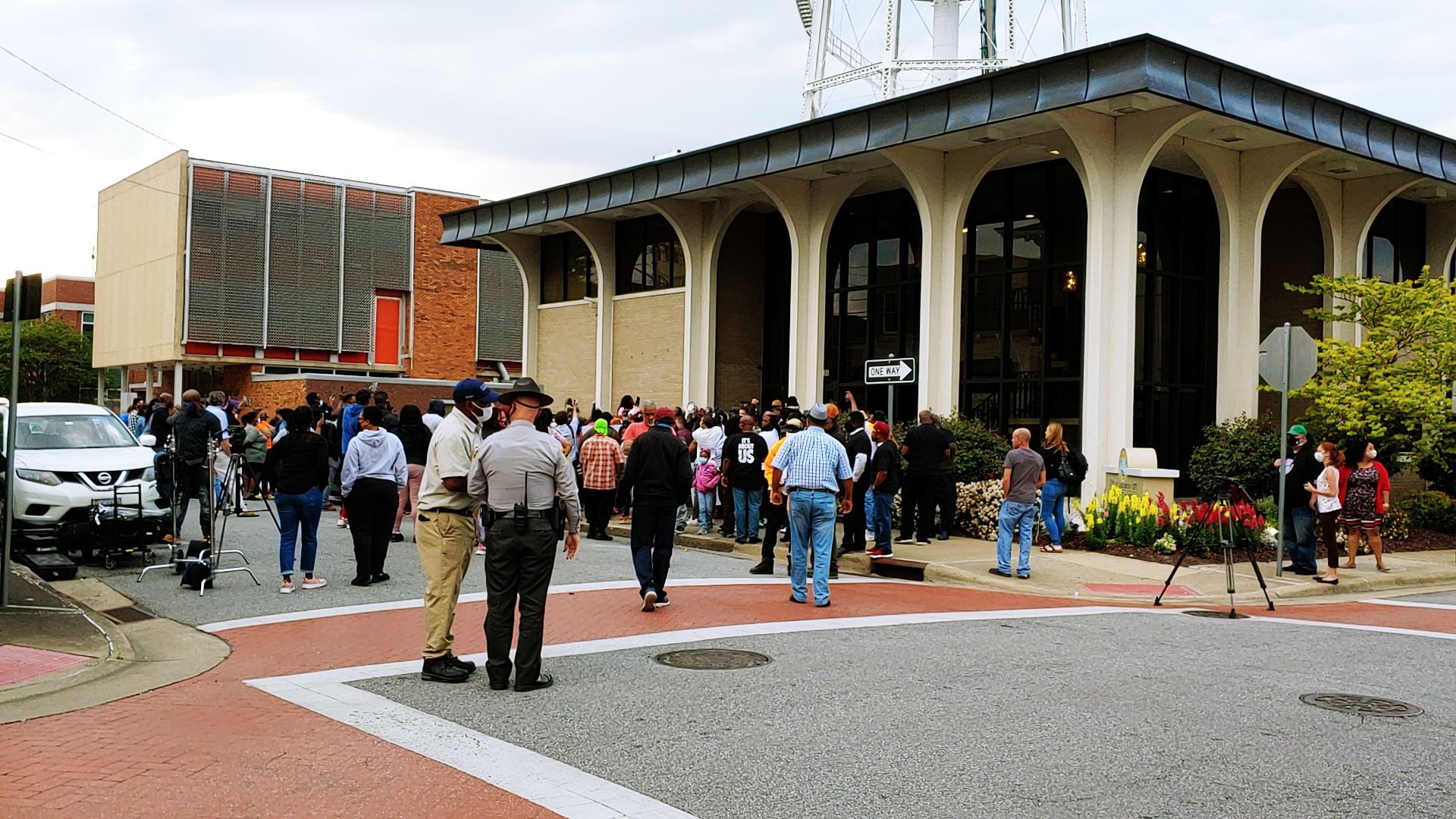 Media and protesters began showing up around 4:30pm for the 6pm meeting.  Speakers engaged the crowd outside during the peaceful protest.  During the protest familiar phrases such as “Hands Up Don’t Shoot”, “No Justice No Peace”, and “Say His Name” were chanted by those outside the Gardner Municipal Building where the Elizabeth City City Council members were inside discussing the shooting.  The media and public were not allowed inside.

Before the protest outside the City Council meeting, Sheriff Tommy Wooten addressed the shooting incident in a press conference.  During his message he said:

“It’s been a tragic day today.  It started at approximately 8:30am during a search warrant at 421 Perry Street by Pasquotank County Sheriff’s deputies.  Andrew Brown Jr was fatally wounded during this search warrant.  The North Carolina State Bureau of Investigation, an outside agency was immediately contacted and is conducting this investigation.  The Sheriff’s office has complete trust in the North Carolina State Bureau of Investigation and its ability to complete this investigation.  The Sheriff’s office will be transparent and take the proper actions based on the findings of the SBI’s investigation.”

District Attorney Andrew Womble says this is the first deadly officer-involved shooting since he has been in office for nearly ten years and that he wants accurate answers.

Brown was in his vehicle during their attempt to serve a warrant when he was shot and killed by a deputy.  The deputy is currently on leave while the State Bureau of Investigation is investigating. 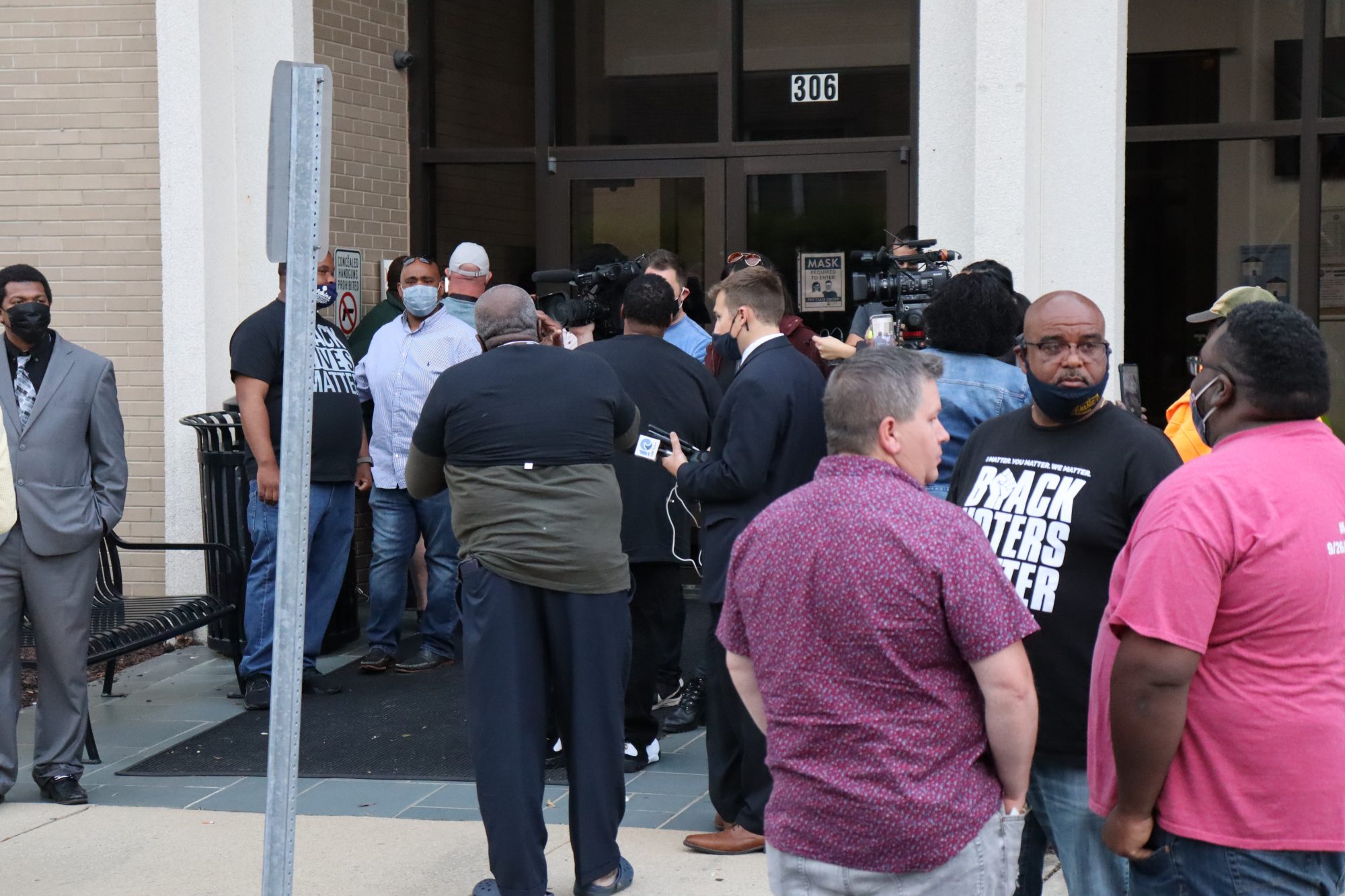 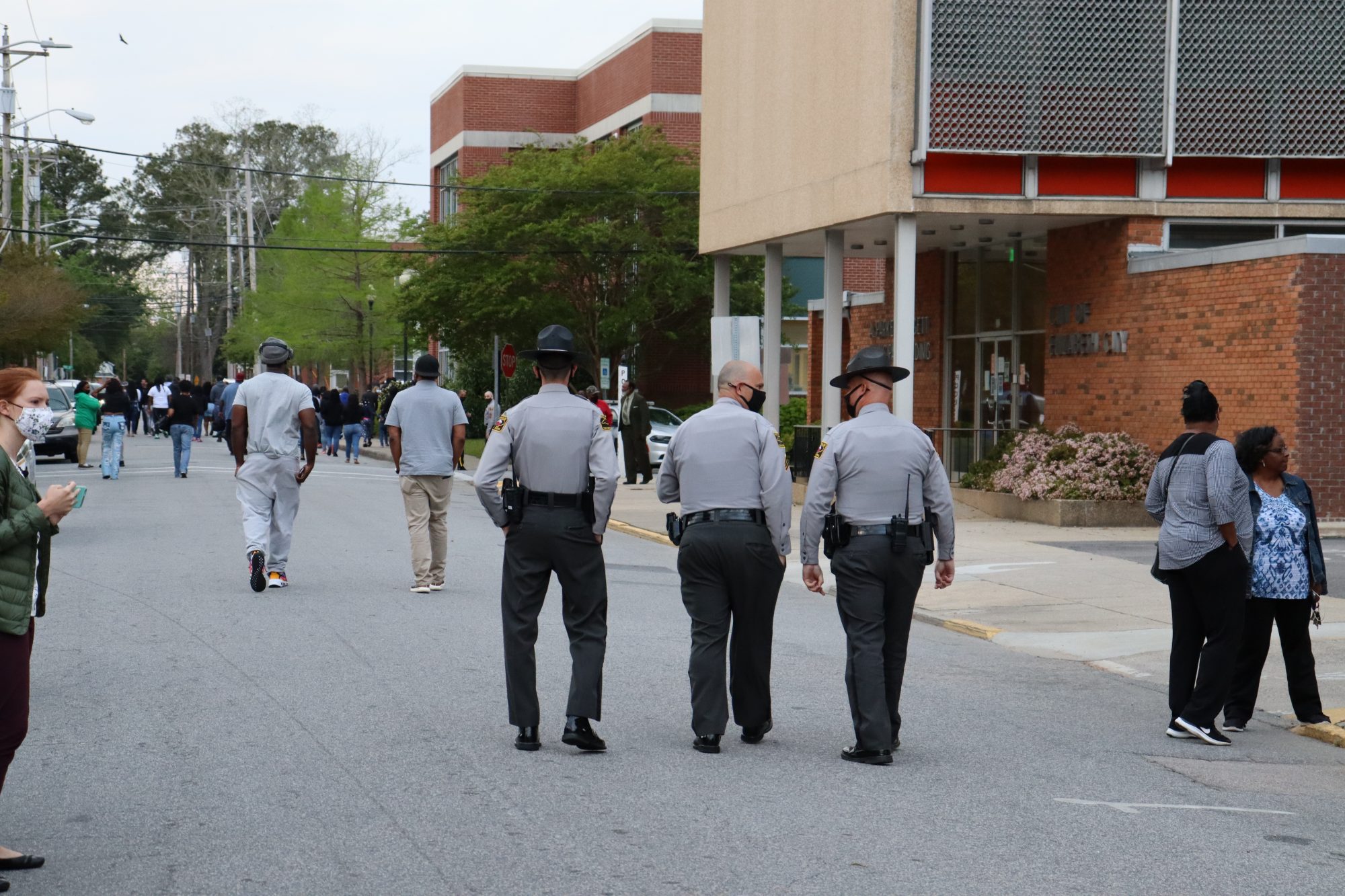