Here is a snippet from the 3rd District resolution:

Whereas, on February 9, 2021 Senator Burr voted against proceeding with the second impeachment trial of President Donald J. Trump because it was unconstitutional; and
Whereas, on February 13, 2021 Senator Burr was one of only seven republican senators who voted to convict former President Donald J. Trump, assigning responsibility to him for promoting conspiracy theories (which was not a charge in the impeachment) and for inciting an insurrection (which was disproven at trial).

Therefore, be it resolved, the Executive Committee of the NC Third District GOP formally and irrevocably censures U.S. Senator Richard Burr for gross impropriety in a position of sacred trust, for disloyalty to the President, and for failing to uphold the conservative principles of the Republican Party of North Carolina during his service to the state and nation as a U.S. Senator. 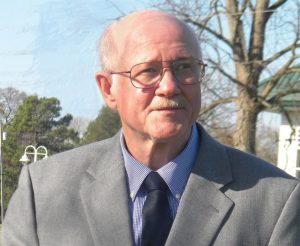